I’m not crying today, as I have in years past.  Is that because my compassion is waning? Perhaps it is simply that time and distance soften grief.

Those who knew Lydia describe her as a vivacious little girl with the most heart-warming smile.

Lydia was adopted from war-torn Liberia. She was one of nine children–six biological and three adopted. In so many ways, her family was lovely and loving. And yet, she died of rhabdomyolysis, in which her muscle tissues were broken down by repeated spankings from her adopted parents.

Each year I do my little part to try to remind the world of Lydia.

Each year I try to warn parents to not follow false teachings that lead to abuse.

Parents, hold your children tight. Be gentle with them. Nurture them.  Be discerning.

Then some children were brought to Him so that He might lay His hands on them and pray; and the disciples rebuked them. But Jesus said, “Let the children alone, and do not hinder them from coming to Me; for the kingdom of heaven belongs to such as these.” Matthew 19

From the TG archives: 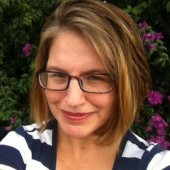 Lydia Schatz, the Duggars, and To Train Up a Child